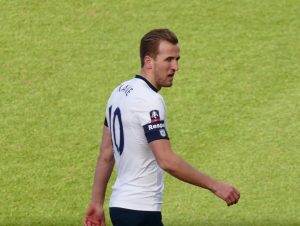 Harry Kane could potentially return from injury in time for Tottenham Hotspur’s match with Burnley at the weekend, Mauricio Pochettino has revealed.

The forward has been restricted to the sidelines since injuring his ankle against Manchester United in mid-January and was originally thought to be out until at least March. He has missed their last seven games but did return to full training on Monday, with Pochettino revealing that he could make a return to action at Turf Moor on Saturday.

Talking ahead of the game, the Argentine said: “He [Kane] is very good. I think we need to assess him in tomorrow’s training session and then decide.

“But I think he’s doing well, I’m happy with him and maybe he’s going to be available to be part of the squad for Saturday.”

Despite the injury, 25-year-old Kane is still enjoying a wonderful campaign. He has made 31 appearances in all competitions, scoring 20 goals and providing six assists. In his absence, Tottenham won four Premier League games in a row and earned a fantastic 3-0 victory over Borussia Dortmund in their UEFA Champions League last-16 first-leg at Wembley Stadium.

Kane is at 3/1 with William Hill to hit the opening goal against Burnley at the weekend.