Everton in talks for Cleverley 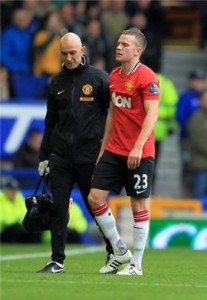 Manchester United midfielder Tom Cleverley has started talks with Everton as he continues to search for a new club.

The England international will be out of contract at the end of the month and it is clear he will not be offered a new deal at Old Trafford.

Having enjoyed a very successful loan spell with Aston Villa, the FA Cup finalists were hoping to tie him down on a long-term deal, but it appears that Everton have now emerged as favourites for his signature.

According to Manchester Evening News, Everton are in talks with Cleverley over a Bosman deal as Roberto Martinez hopes to reinforce the midfield area.

Therefore, you should know that Ladbrokes has the midfielder at 1.20 (1/5) to join the Toffees in the summer transfer window, with Aston Villa priced at 2.50 (3/2).