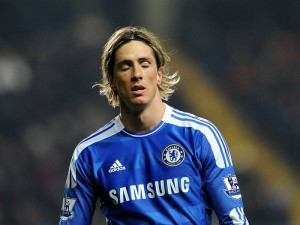 The European Champions go in to the game having demolished Leeds United 5-1 with a superb second half performance in their League Cup quarter-final on Wednesday evening.

Leeds had led 1-0 at half time, but second half goals from Juan Mata, Branislav Ivanovic, Victor Moses, Eden Hazard and Fernando Torres sent Rafa Benitez’s side through to the semi-finals.

The hosts could call upon Gary Cahill, Ramires and Jon Obi-Mikel, who are all available following suspension, though John Terry is still out injured. Ryan Bertrand is doubtful after being replaced in the second half in the game at Elland Road.

Fernando Torres, who has six goals in his last five games is favourite to open the scoring at a best price of 5.0 (4/1), with fellow Spaniard Juan Mata widely available at 5.5 (9/2).

After a slow start, Aston Villa have climbed away from trouble, largely thanks to a four game unbeaten run in the league that culminated in a magnificent 3-1 victory at Anfield last Saturday.

Belgian striker Christian Benteke took his season tally to eight last weekend, and is generously priced at 13.0 (12/1) to get the first goal of the game, whilst Andreas Weimann is a 16.0 (15/1) shot with Bet Victor.

Goals from Stephen Ireland, Stylian Petrov and Darren Bent gave Aston Villa a 3-1 win in the corresponding fixture last season, whilst Chelsea took the points when the teams last met; winning by four goals to two at Villa Park back in March.

In fact, the last five meetings between the sides at Stamford Bridge have seen no less than 28 goals, so you might want to take advantage of the 4.2 (16/5) offered by Sporting Bet for there to be five or more goals scored in the game.