Can an English team still succeed in this season’s Champions League? 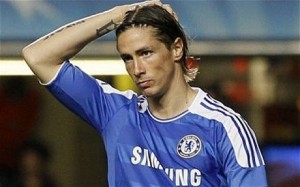 With none of the English teams in this season’s Champions League winning the first leg of their last sixteen ties, the chances of a Premier League side lifting the trophy this year are hanging by a thread.

Chelsea’s 1-1 draw with Turkish champions Galatasaray ended a run of three straight 2-0 defeats for the sides from England, after Manchester City, Arsenal and Manchester United were beaten by Barcelona, Bayern Munich and Olympiacos respectively.

The odds of a side from England emerging victorious from the competition now stand at 13.0 (12/1) with Bet Victor, behind France, Germany and favourites Spain.

The Blues, who of course lifted the trophy the season before last, are undoubtedly the best placed of the four sides to do so again, and can be backed at 15.0 (14/1) with Bet Victor.

Manchester United are the next most likely in the eyes of the bookmakers, with the second leg of their last sixteen tie coming at Old Trafford.

Bet Victor offer odds of 51.0 (50/1) for United to go all the way for what would be their fourth time, something which they will almost certainly need to do if they are to qualify for next year’s tournament due to their poor position in the league.

United’s neighbours Manchester City can be backed at 85.0 (84/1) with 888 Sport, though they will need to overcome their two-goal deficit at the Nou Camp, while Arsenal, who have the equally unenviable task of heading to the Allianz Arena two goals down, are priced at 151.0 (150/1) with Bet Victor.

With the odds so firmly in their favour, the price of 1.2 (1/5) from Paddy Power for Chelsea to progress furthest of the four sides is actually quite tempting.

Manchester United are 5.0 (4/1) to be the last English side standing in the competition, with Manchester City and Arsenal understandably outsiders at 41.0 (40/1) and 51.0 (50/1) with Bet Victor respectively.

Holders Bayern Munich are the outright favourites at the widely available price of 3.0 (2/1) to lift the trophy in Benfica on May 24th, ahead of 5.0 (4/1) shots Barcelona and Real Madrid, and Paris Saint Germain, who can be backed at 13.0 (12/1) with Bet Victor.