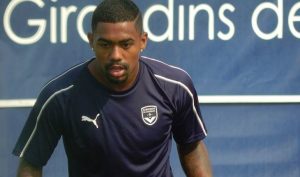 Arsenal boss Unai Emery has reportedly requested that the Gunners attempt to sign Barcelona forward Malcom ahead of Everton.

There were previous reports suggesting that the Toffees are ready to bid for the former Bordeaux man in an effort to take him to Goodison Park. However, according to Globo Esporte, Emery has requested the signing of the Brazilian and wants to bring him to the Emirates Stadium to bolster his wide options in North London.

The 22-year-old has found opportunities hard to come by since a near £40m switch to the Nou Camp last summer. He made only 24 appearances in all competitions throughout the season, scoring only four goals and providing two assists. As a matter of fact, of those appearances, only 11 of them were starts.

The Gunners are yet to really splash the cash this summer, with the only arrival having been youngster Gabriel Martinelli from Brazilian outfit Ituano.

Having finished fifth in the Premier League table last season, the North Londoners will be aiming to get back into the Champions League places next season in Emery’s second season in charge.