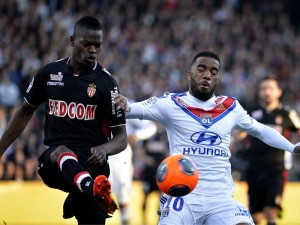 Premier League giants Arsenal have had a an official proposal turned down for Lyon striker Alexandre Lacazette, the French club revealed on Twitter.

The Gunners have been desperately trying to recruit a high-profile centre forward and have already missed out on two targets as Vincent Janssen and Gonzalo Higuain joined Spurs and Juventus respectively.

They have since turned their attention towards Ligue 1 hotshot Alexandre Lacazette, but their latest €35 million bid was rejected by Lyon.

Les Gones appear determined to keep hold of their star player, as witnessed by their statement on Twitter that read: “Lacazette is irreplaceable and one of the leaders of Bruno Genesio’s squad”.

This means that Arsenal will now have to find a new target and as the 2016/2017 campaign is getting closer, the club is clearly running out of time.

It is quite surprising though that the Gunners did not make a move on Carlos Bacca, who is available for €30 million and eager to join a club that will be playing Champions League football.