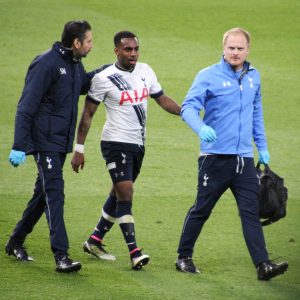 Tottenham full-back Danny Rose has had an exploratory surgery on his knee, the Premier League giants have revealed.

The 26-year-old had been sidelined since 31st January as he damaged his medial ligaments in the clash against Sunderland, but his recovery took longer than expected.

Rose even returned to training few weeks back, but the problem persisted and a decision was made to conduct a surgery.

This means that the full-back is unlikely to return before the start of next season, and it remains to be seen whether manager Mauricio Pochettino will decide to recruit a new left-back.

Danny Rose made a total of 18 Premier League appearances this term, scoring 2 goals, while he also started all three Champions League group games.

The highly rated footballer has been a first team regular for England as well, featuring in four 2018 World Cup qualifiers.