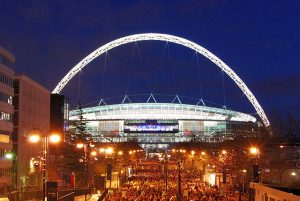 England and Croatia face a crunch clash at Wembley Stadium as their first UEFA Nations League group stage comes to a close.

The victor in the capital will see them secure a semi-final berth, whilst both teams are still also under threat of relegation. England are marginal favourites to notch a much-needed three points and can be backed at 4/5 with Paddy Power. Croatia are at 3/1, whilst a draw is priced at 11/4.

With Spain currently topping the group, a win for either England or Croatia would see them top the group. A score draw meanwhile would see the Three Lions progress to the semi-finals but a scoreless draw would see them be relegated.

Whilst the group could go either way, the game is highly likely to be an entertaining one at Wembley. The two teams come into the game off the back of confidence-boosting wins; England sweeping aside USA, with Croatia edging beyond Spain. Despite the last clash between the two sides, both teams have scored in six out of the last nine games between the two. Both teams to score at Wembley could be an extremely intelligent bet, then, and it can be backed at 13/20 with BetVictor. As a matter of fact, the Three Lions have not failed to score at Wembley Stadium since a 0-0 draw with Brazil just over a year ago.

The two teams have averaged 3.4 goals throughout their nine clashes in history. Over 3.5 to be scored at Wembley is at 2/1.

Croatia, who reached the World Cup final in Russia, have defensive problems to worry about. Zlatko Dalic’s men have conceded eight goals in only three games in the UEFA Nations League so far. As a matter of fact, they have only kept one clean sheet in their last ten games in all competitions, that ironically being the 0-0 draw with England during the last international break. They can be backed at 15/4 to notch another against the Three Lions with William Hill. Meanwhile, a repeat of that scoreline is at 11/1 with BetFred.

Gareth Southgate’s men will be slightly relieved that Croatia are missing one of their key men after Ivan Rakitic withdrew from the squad due to an undetermined injury. Wayne Rooney cannot be called upon after only featuring in his swansong game against the USA.