Derby give Chelsea permission to speak to boss Frank Lampard 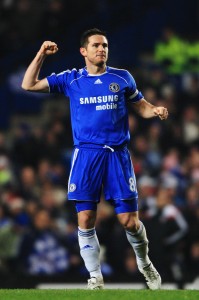 Derby County have given Chelsea permission to speak to Frank Lampard concerning their managerial vacancy.

The Blues have been without a manager since Europa League winning boss Maurizio Sarri returned to Italy with Juventus. Lampard has been constantly linked with Chelsea, even before the Italian left, but it now appears that they have finally made a move on their former midfielder, with the Rams confirming an approach.

A club statement read: “Derby County Football Club can confirm that they have granted permission for Chelsea Football Club to speak to Frank Lampard about the vacant managerial position at Stamford Bridge.

“With pre-season fast approaching for both clubs it is hoped this will allow Chelsea to swiftly conclude their discussions.

“The club will make no further comment until it is appropriate to do so.”

The ex-midfielder made 640 appearances as a player for the club and became their record goalscorer, alongside lifting countless trophies including numerous Premier Leagues, FA Cups and the UEFA Champions League.

His maiden managerial role was at Pride Park and he managed to lead Derby to the Championship playoff final but they missed out on promotion as they were beaten by Aston Villa.

Lampard is now the clear frontrunner to be named as the next permanent Chelsea boss with odds of 1/25 with Betfair. Rafa Benitez can still be backed to make a surprise return to Stamford Bridge at odds of 10/1 after it was announced he was set to leave Newcastle United.