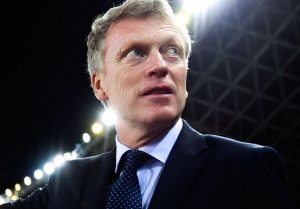 Sunderland manager David Moyes has turned towards his former club Manchester United to bolster his squad in the summer transfer window.

According to Sky Sports sources Paddy McNair and Donald Love are set to join Sunderland with the Black Cats agreeing a £5.5 million fee for the defensive duo.

Manchester United youngsters were given all clear to leave Old Trafford on permanent basis and are expected to undergo their medicals at Sunderland on Wednesday.

Paddy McNair played as a defensive midfielder for Northern Ireland at Euro 2016, but his hopes of breaking into the Manchester United first-team were quashed with the arrival of Paul Pogba and heavy reinforcements which forced Jose Mourinho to cut his squad list.

McNair and Love only made 25 Premier League appearances combined, but David Moyes is ready to give them a chance to impress in the top-flight at Sunderland.

Black Cats manager is looking to bolster his defensive lines with Lamina Kone being wanted by Everton, but Moyes is also interested in adding fresh blood in other departments as well.

Former Everton manager confirmed earlier this month that he is interested in bringing another Manchester United player to Sunderland.

Adnan Januzaj is a loan target for David Moyes who gave young Belgian his full first-team debut in 2013.

David Moyes will continue to work hard in order to bolster his rank and improve the clubs odds of staying up in the top tier.