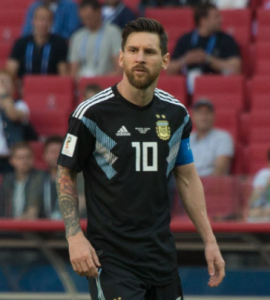 The team, which is set to play its first season in 2020, have yet to agree a deal with any players. However, reports in The Mirror state that they could potentially explore the option of bringing the Argentine to the United States.

Messi still has just under three years left to run on his contract at the Nou Camp and was linked with a return to Argentina at the back end of his career in Europe. Should he switch to Inter Miami, he would follow in the footsteps of Beckham himself, as well as world renowned stars such as Frank Lampard, Didier Drogba, Andrea Pirlo and Zlatan Ibrahimovic, to make the move over to the States.

Messi has enjoyed plenty of success in his time in Catalonia. The now 31-year-old has made 642 appearances for the club and has scored an eye-watering 556 goals and provided 239 assists. He has also started the current season in fine form having scored four goals in his opening five league games.

The Argentine is one of the favourites to open the scoring against PSV in the UEFA Champions League on Tuesday evening. Messi can be backed at 21/10 to hit the opening goal with BetVictor.