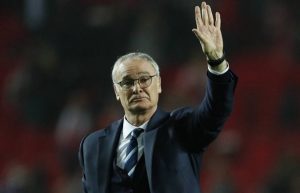 Premier League strugglers Watford have announced this week that manager Walter Mazzarri will leave his position at helm after Sunday’s final match of the season against Manchester City.

The Italian manager has endured a difficult debut season in the Premier League and has been given the sack as his three-year deal with the Hornets gets cut short after Mazzarri failed to meet ‘discussed goals and aspirations’.

Walter Mazzarri faced plenty of problems during his time at Watford as he dealt with unhappy players and had his training methods challenged which all lead to poor results.

Watford ultimately managed to survive the cut in the Premier League, which cannot be said for the Italian boss, who is the seventh manager in five years since Pozzo family took over the club.

The Hornets have already initiated the search for the new manager and a couple of names have already been outlined as favourites.

Even though Marco Silva remains the fashionable choice after his impressive and ultimately disappointing stint with the Tigers, the 65-year-old Italian Ranieri remains the bookies’ favourite at 3.75 (11/4) betting odds stacked in his favour.

The experienced tactician guided Leicester to a historic Premier League title a year ago, but got fired by the Foxes in February after a frustrating dip in form, which saw Leicester fail dramatically in their title defence.

The biggest question mark regarding Ranieri’s possible appointment is whether the Italian would be willing to work under his compatriots who have such a poor managerial record as an axe over his head is the last thing Ranieri needs after the merciless sacking by the Foxes.