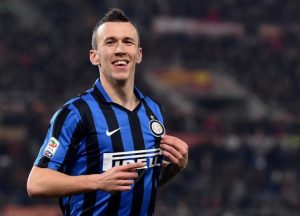 The Croatian winger joined the Nerazzurri from Wolfsburg in the summer of 2015 and wasted no time to announce himself in Italy and become one of the most important players for the Italian fallen giants.

Ivan Perisic has been in fine form this term with nine Serie A goals and three assists to his name, but it was his overall influential performances that caught the eye of Premier League clubs.

Jose Mourinho has reportedly instructed the Manchester United management to make a move for the 28-year-old forward and the Red Devils are believed to be negotiating a deal with Nerazzurri over the past few weeks.

Despite a substantial transfer fee that could go up to €60 million for the Croatian, Manchester United could see their efforts scrapped as Chelsea are prepared to outbid the Red Devils by €5 million.

Corierre della Serra reports that Inter could make one last big-money sale to balance their books and answer the regulations of the imposed Financial Fair Play ahead of great investments that are expected to go ahead with new owners during summer.

And with captain Mauro Icardi deemed unsellable, it is Ivan Perisic who could be made a scapegoat at the end of the season as a move to the Premier League want-to-be champions is on the cards.

Chelsea have a good chance to make an important step towards the Premier League trophy this week as they prepare to host Southampton.