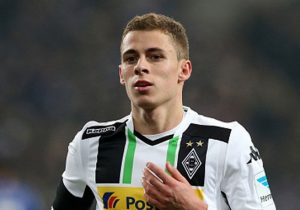 The duo have joined from Borussia Monchengladbach and Bayer Leverkusen respectively, signing five-year deals at the Westfalenstadion. Elsewhere, Pulisic has departed for Chelsea in a deal worth approximately £57.6m.

The two deals were announced on Wednesday, becoming Dortmund’s second and third summer arrivals following the prior signing of defender Nico Schulz from Hoffenheim.

Hazard, the brother of current Blues star Eden, has enjoyed a highly successful stint with Gladbach since arriving from Chelsea four years ago. He has made 182 appearances in all competitions, scoring 46 goals and providing a further 44 assists.

Meanwhile, 23-year-old Brandt has also been in stunning form with Leverkusen, particularly this season. In 43 appearances in all competitions during the current campaign, he has scored ten goals and provided a brilliant 17 assists.

Dortmund manager Lucien Favre will hope the pair can assist in helping his team challenge for the Bundesliga title next season once again. The team missed out on the trophy on the final day this time around, with Bayern Munich instead scooping their seventh consecutive German crown.