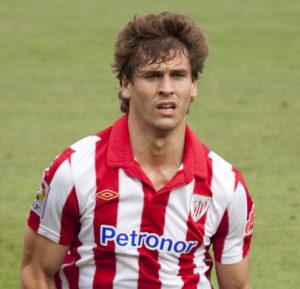 Spanish outfit Athletic Club are reportedly eyeing a return for their former striker Fernando Llorente, according to reports in the English press.

According to The Independent, Eduardo Berizzo’s are keen on bringing the current Tottenham Hotspur forward back to the San Mamés Stadium over five years after he departed on a free transfer for Juventus.

The Spaniard’s contract with the North Londoners is set to expire at the end of the season, and he would be able to discuss a Bosman transfer in January, ahead of a move in the summer. However, the reports suggest that Athletic Club would be extremely keen on agreeing a deal in the winter window.

The 33-year-old made 327 appearances and scored 111 goals during his first spell at the club after progressing through the club’s academy. He eventually moved to Juventus and scored 18 goals in his debut season in Turin. His second campaign was not as impressive as he departed for Sevilla, before a successful stint with Swansea City.

His time in Wales convinced Mauricio Pochettino’s men to make a move for him in the summer of 2017. He has not quite hit the same heights, only starting 11 games in a season and a half.

Surprisingly, the World Cup winner is one of the favourites to open the scoring at the weekend as Tottenham Hotspur take on Crystal Palace. Llorente can be backed at 5/1 with Paddy Power to hit the opening goal.