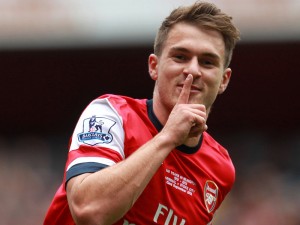 Ramsey is out of contract at Arsenal in the summer and would be free to negotiate a pre-contract agreement with a foreign club as soon as January 1st. It has been reported that the likes of Bayern Munich, Juventus, Inter Milan and Paris Saint Germain are all interested in swooping for his signature. However, the Italians appear to be the closest to striking a deal, one that has impressed Pirlo.

Talking to Sky in Italy, he said: “He is a talented player. He is a complete plater who can do pretty much everything. And he scores a lot.

“Ramsey is a great purchase. Juventus are preparing another excellent deal. He is a strong player and could do very well.”

Since arriving from Cardiff City in 2008, Ramsey has gone on to make 353 appearances for the Gunners, scoring 37 goals and providing 51 assists. He has won three FA Cup titles in his time at the Emirates Stadium.

The Welshman is at 1/1 to join Juventus during the transfer window with Paddy Power, whilst he can surprisingly be backed to join Premier League rivals Manchester United during the winter window at 22/1.